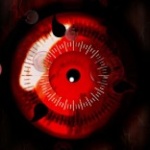 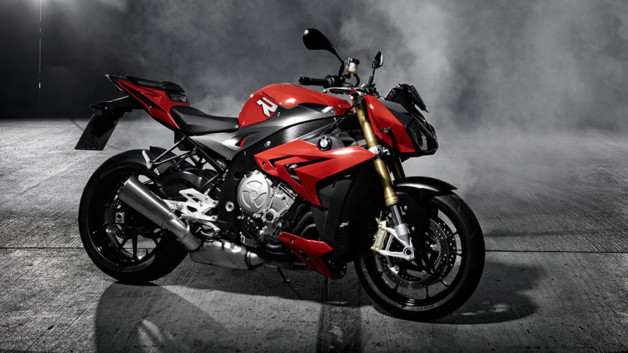 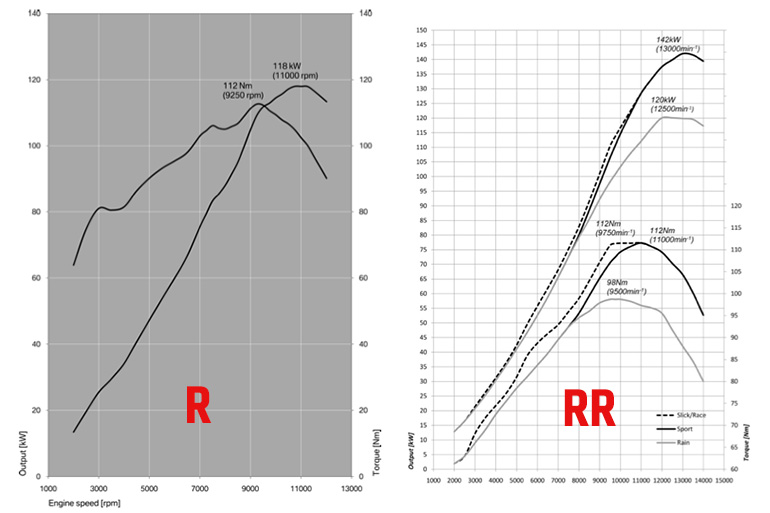 The BMW S 1000 R’s power and torque curves (left) vs the S 1000 RR’s (right).
BMW has re-tuned the S 1000 R’s engine by redesigning the cylinder head ducts, modifying the cam profiles and altering the ECU programming.
All-up weight, with a full tank full of fuel actually grows over the superbike by 5 lbs to 456 lbs, even though fuel capacity remains the same. 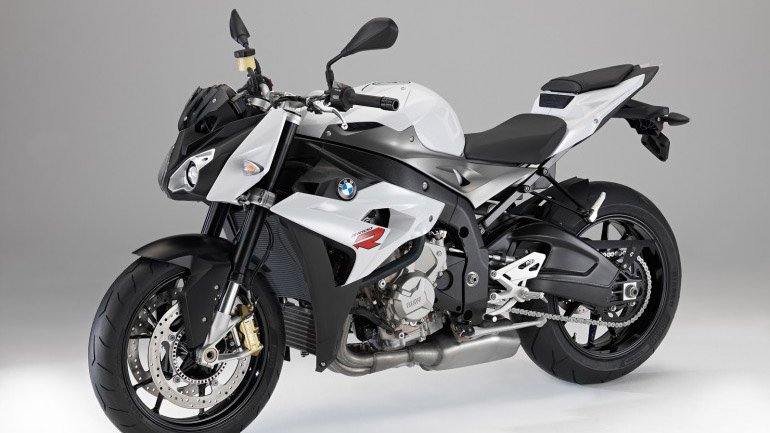 2014 BMW S 1000 R
The electronic rider aids — an S 1000 RR hallmark — have also been dumbed down. Where the RR features four switchable riding modes which alter parameters ranging from ABS intervention to outright power, the single-R is equipped with only two — road and rain.
Thankfully, the single-R’s suspension and brakes remain of equal quality and adjustability to the RR’s, even if the forks do get raked out a little bit in the pursuit of stability. The standard steering damper is also retained.
The single-R is U.S.-bound, but no price has yet been announced.
More Photos, Page Two >>
More 2013 EICMA News >>
Related Links:
A Little Slower: BMW R NineT
More Rugged: 2014 BMW R 1200 GS Adventure
The Spy Photos: 2014 BMW S 1000 R Spied Testing
You might also like
[/size] 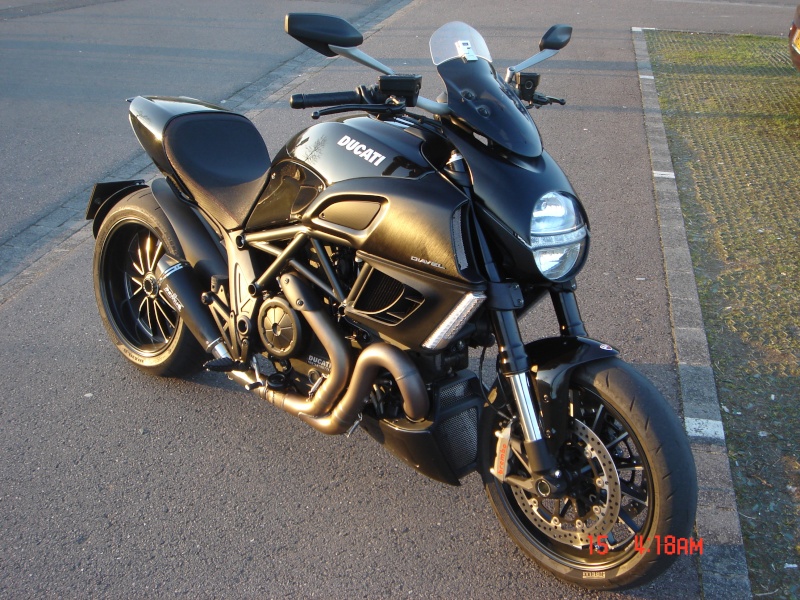 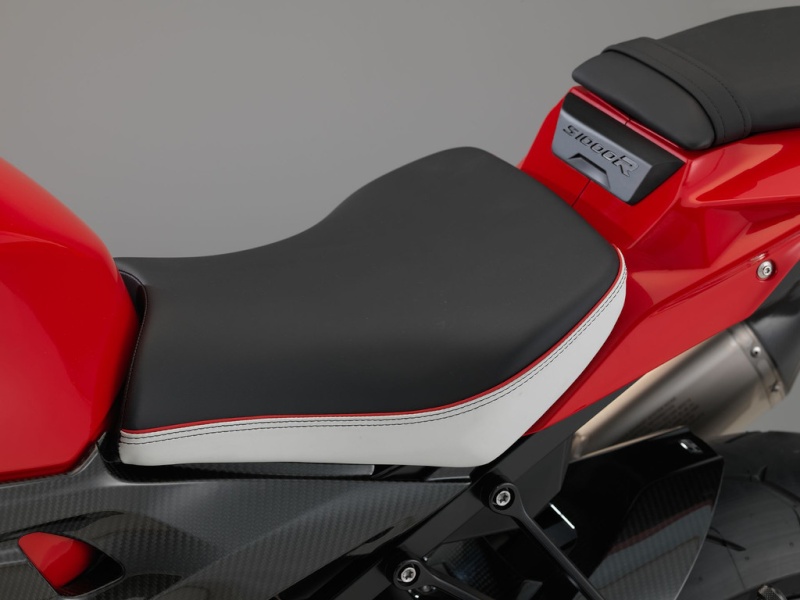 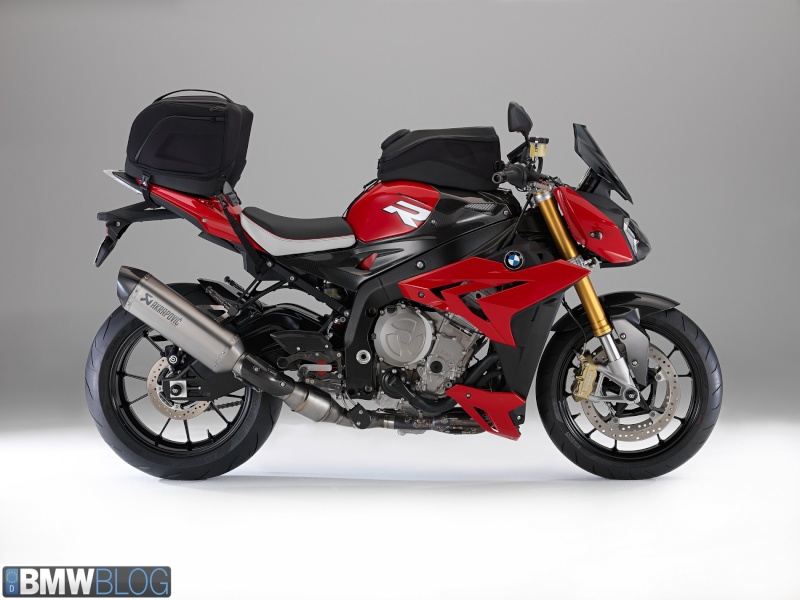 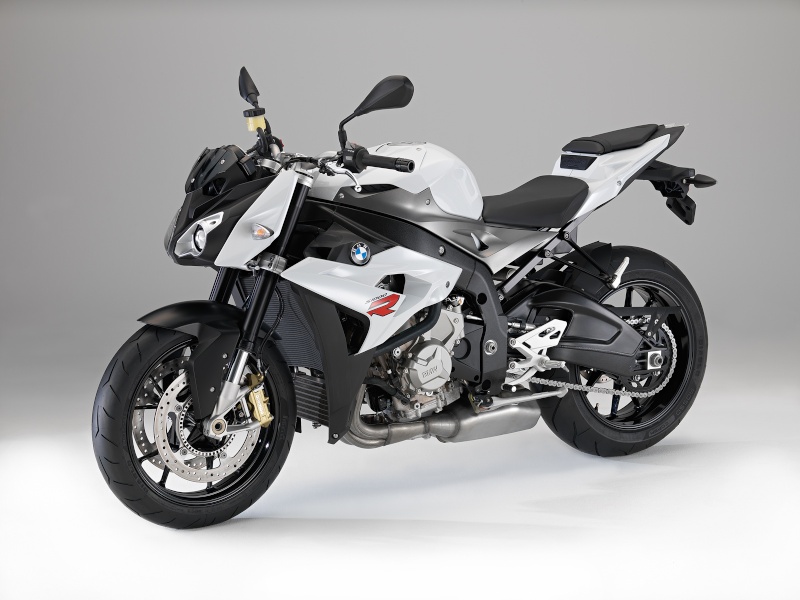 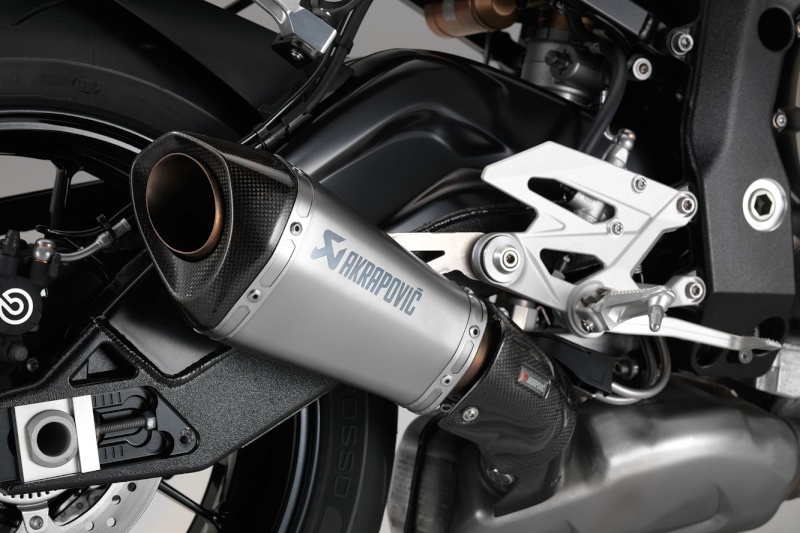 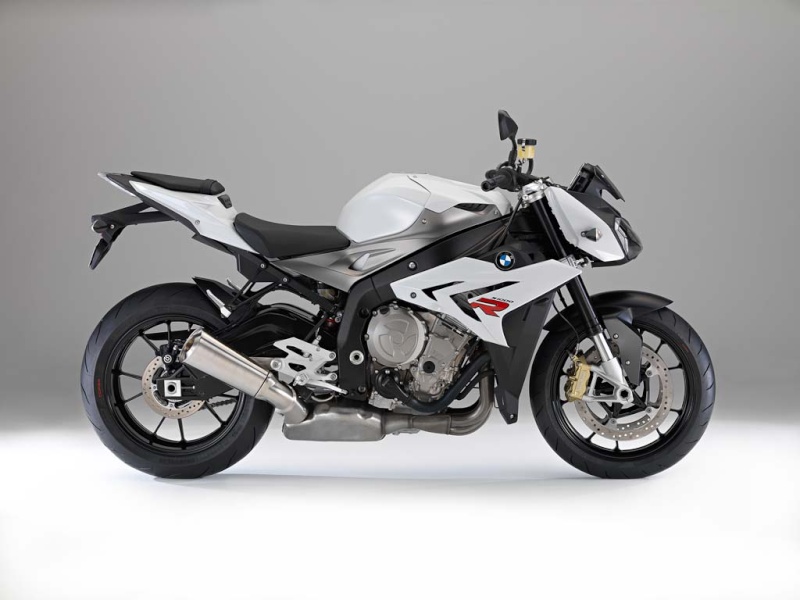 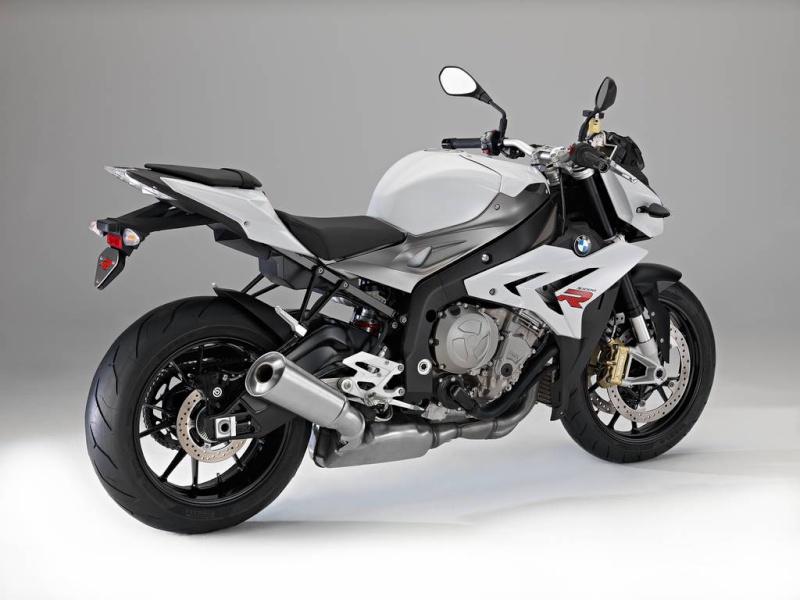 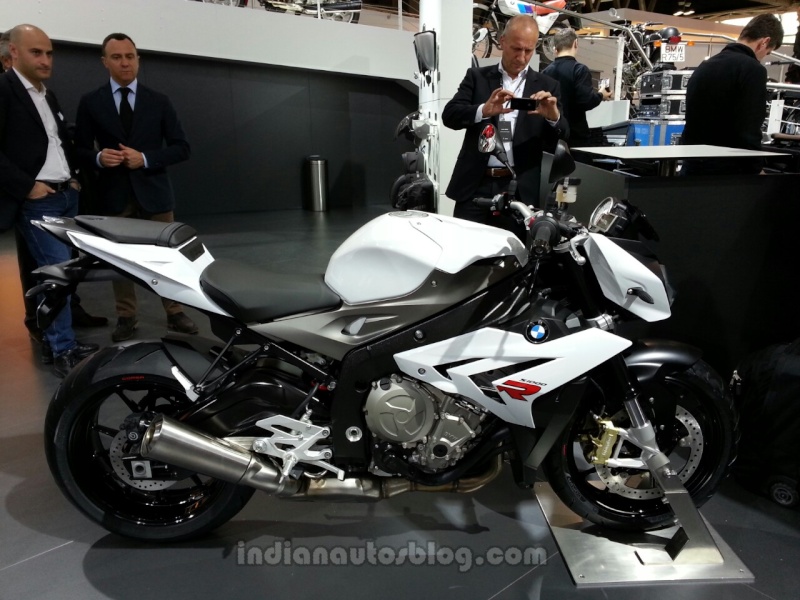